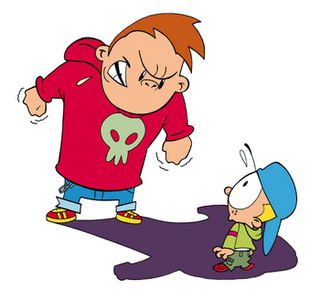 “You have enemies? Good. That means you’ve stood up for something, sometime in your life” –Winston Churchill

I hesitated for a long while to write this post. I really really wanted to, but the truth is that I was ashamed. I have always been embarrassed to say that I was bullied. Not just as a child and teenager, but as an adult.

Today I am writing because I really feel within my heart that someone needs to hear this.

It felt like admitting I was being bullied was saying I had no control over what was happening to me.

And recently, when things escalated to the point where I had to get the police involved, I felt even worse. But to my surprise the police took it seriously and told me right off, it was ‘harassment.’ Among the many things I was made to endure, the pair of so-called educated bullies made racist, bigoted and discriminatory remarks towards me, some referencing my chronic health problems.

At least on one occasion I ended in hospital unable to cope with the stress and anxiety the situation was causing me. Studies have shown that stress plays a big role in exacerbating and triggering chronic pain problems like fibromyalgia.

So if bullying is a real problem which can undermine the well-being of a person, physically and mentally, why don’t we as a society take it more seriously?  Why don’t we talk about? And why, for goodness sakes are there no repercussions to deter bullies from hurting others?

Why’s no one talking about it?

I know that as an adult who has been bullied, I am not alone. I have talked to many others , in person and on the internet, who also live with chronic pain conditions like fibromyalgia and who have experienced similar ordeals. Yet, there is little information out there on adult bullying. Internet searches tend to cough up results related to youth bullying.

If bullying can have harmful effects on young people, why do we assume it is no different for adults?

It is sad that only the occasional hushed conversations around adult bullying happen when someone ends up dead. A harsh reality but one I had to put to the police recently.

Don’t take my word for it, just look at the news!

Police are investigating whether 21 year old Conservative activist Elliott Johnson committed suicide following reports that he was bullied by members of his political party.

In 2010, fifty-something year old American Kevin Morrissey took his own life after his employers failed to address his many complaints of being bullied at a Virginia publication where he worked.

I don’t want to go on and on, I just wanted to say that this is something we need to start talking about.

“One’s dignity may be assaulted, vandalized and cruelly mocked, but it can never be taken away unless it is surrendered” –  Michael J. Fox

How to deal with it

More importantly, I wanted to tell you that if this happens to you, never think it is your fault. I have often told friends in the past that I felt like I was a bully-magnet. My first experience happening when I was only 6 years old, when a bully more than seven years my senior almost choked the life out of me!

I have read that some of us might have traits that attract bullies, but that is not to say it is our fault. Bullies are reflecting their own idiosyncrasies (to put it nicely) when they target others for intimidation or abuse of any kind.

Here are some of the things I’ve found useful in dealing with bullies, and you can also find other tips here:

Imagine if we all did that, what a wonderful world it would be!