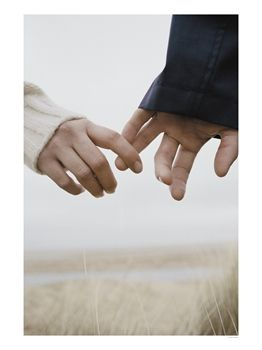 I have really been down. But it helped when I remembered where I was two years ago, and I felt like some people need to hear it to be encouraged.

When dismayed, no one wants to hear that everything will be ok. Sometimes we let the darkness consume us, partly because we become complacent and we start embracing it.

I’ll say it anyway, everything will be ok. And just so you know, I am writing this for myself too.

Two years ago I was living the worst year of my life. I never thought I’d ever experience anything worse than what I had survived before, but there was a new kind of ‘worst’ taking form in my life.

I was on a steady decline, tumbling too fast without any brakes.

I miraculously survived the first attempt on my life. No one thought I would. My friend brought her pastor to pray for my soul because everyone was sure that I was gone.

I was never on the mend despite the numerous doctors, and daily home visits by nurses to support me. I had morphed into a bare shell, and I felt certain that death would become me.

The next time I ended up in hospital I made sure that I had tripled the prescription pills that I ingested. There was no way I should have woken up. But lo and behold I awoke in hospital, full of regret that life had wrapped itself around me refusing to let go.

The period after that was particularly painful. It was distressing waking up every day, not wanting to live when I knew there were people who want to live but don’t have the chance. I wished and wished so hard that someone else could have my chance.

Friends surrounded me, my paternal grandmother Mama Claire said again and again that it was not over until God said it was over. She prayed and prayed in earnest.

I often think about that time trying to figure out what pulled me out of the hole, and I can never come up with a straight, practical answer. In truth, I believe it was all love.

Despite living everyday soaked in heart-wrenching pain and regret, I could not ignore the love that permeated every corner of my space – from loved ones and complete strangers at hospital and from a charity that I volunteer with.

For the first time I realised that I was not alone. I was never alone. And neither are you.

It was hard work too. I worked to occupy my ever straying mind. I pursued my novel and tried to focus on working with the charity Depression Alliance to raise funds and engage people in discourse on depression.

Slowly, I began to pick up the pieces of the life I didn’t want.

It is still hard at times, I cannot lie, but I walked past that junction that I thought I would have been stuck at. Now I am working with professionals to get better, and helping others in their walk too.

Be encouraged. Whatever lies ahead, is not impossible to face, when faced with love, friends and courage. And every bit of pain that we bear, adds a little chunks of strength to our armour, so we can face the next day, and the next with more courage.

2 Replies to “You are never alone”