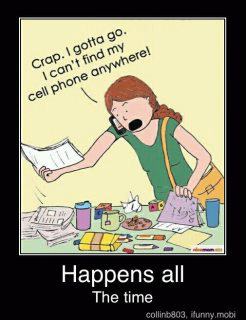 When I was growing up my Ma would always say ‘if you doh laugh you’ll cry.”

What she meant was, in life you should always try to see the funny or bright side of situations, because if you don’t it would definitely make you cry.

I take that to heart when I’m dealing with that dreaded thing called fibro fog.

Fibro fog refers to a number of cognitive difficulties people with fibromyalgia face. Severity varies from patient to patient, and symptoms include:

● Memory loss (forgetfulness; having trouble remembering even recent of events or simple information)

● Feeling confused or disoriented (not recognising familiar surroundings, becoming easily lost, and having problems remembering where things are)

● Trouble retaining new information, and recalling knowledge that one is familiar with

The cause of fibro fog is still unknown but some theories blame sleep deprivation, abnormalities in the brain, decreased blood flow to certain areas of the brain and chronic pain.

Now, you might say there’s nothing funny about this, and I agree, but say that to me again when I walk straight pass my house on the way home, or I forget my house number while talking to the post office official on the phone.

Then consider the time I was cooking and about to sauté some tomatoes and onions in a pan. Instead of pouring oil from the bottle right in front of me, I poured water from the kettle, and didn’t realise until it was almost time to toss in the vegetables!

How about those couple of days when after making a cup of tea, I put the bottle of milk in the cupboard and the container of sugar in the fridge.

Out of sheer embarrassment, I’ll desist from telling you the kind of mumble jumble I talk sometimes, especially on early mornings.

Other fibromyalgia sufferers have their funny tales to tell about fibro fog. Here are some of my favourites from the web:

● A lady gave her poor husband a tub of gravy instead of soup for lunch at work. She didn’t realise until she found the soup still in the fridge.

● A mum drove her kid to school, dropped her off, and then walked home. When she noticed her car was missing from the driveway, she almost had a right fit thinking it had been stolen. Luckily, before ringing the police she realised what she’d done and walked back all the way to get the car 😛

● A devoted daughter-in-law decided to make her mum-in-law a lovely pie as she was recovering from surgery. She made a beautiful, golden apple pie that smelled most delicious! Quite impressed with herself, she packaged a huge piece which was delivered to her mum-in-law at hospital. An hour later, her bubble burst when she received a phone call from mum-in-law. There was a problem with the ‘lovely’ pie. Mum-in-law took a big bite of the pie and found it tasted like nothing more than salt! Instead of adding a cup of sugar to the mixture, the fm patient had added a cup of salt! Mum-in-law survived and everyone had a hearty laugh over it.

● After shopping, an fm patient got into the wrong car to drive home! After she got in, the alarm went off. The car’s real owner frantically ran to it, and the fm patient complained to him about how the alarm wouldn’t turn off. That’s when the man said ‘because that’s not your car.’ The fm patient just said that the car looked like hers, although the only similarity between them was that they were both the colour white. The man was probably offended as his was a luxury car.

● An older fm patient always gets halfway to her destination before remembering what she’s forgotten. Her teeth!

Now, doctors say there are a number of ways to cope with fibro fog. They cite things like exercise, writing everything down, and engaging in mentally stimulating activities. I’m yet to find what works for me, but so far, I think we can all agree that laughter is great medicine!

8 Replies to “The Funny Side of Fibro Fog”

Find out more or adjust your settings.