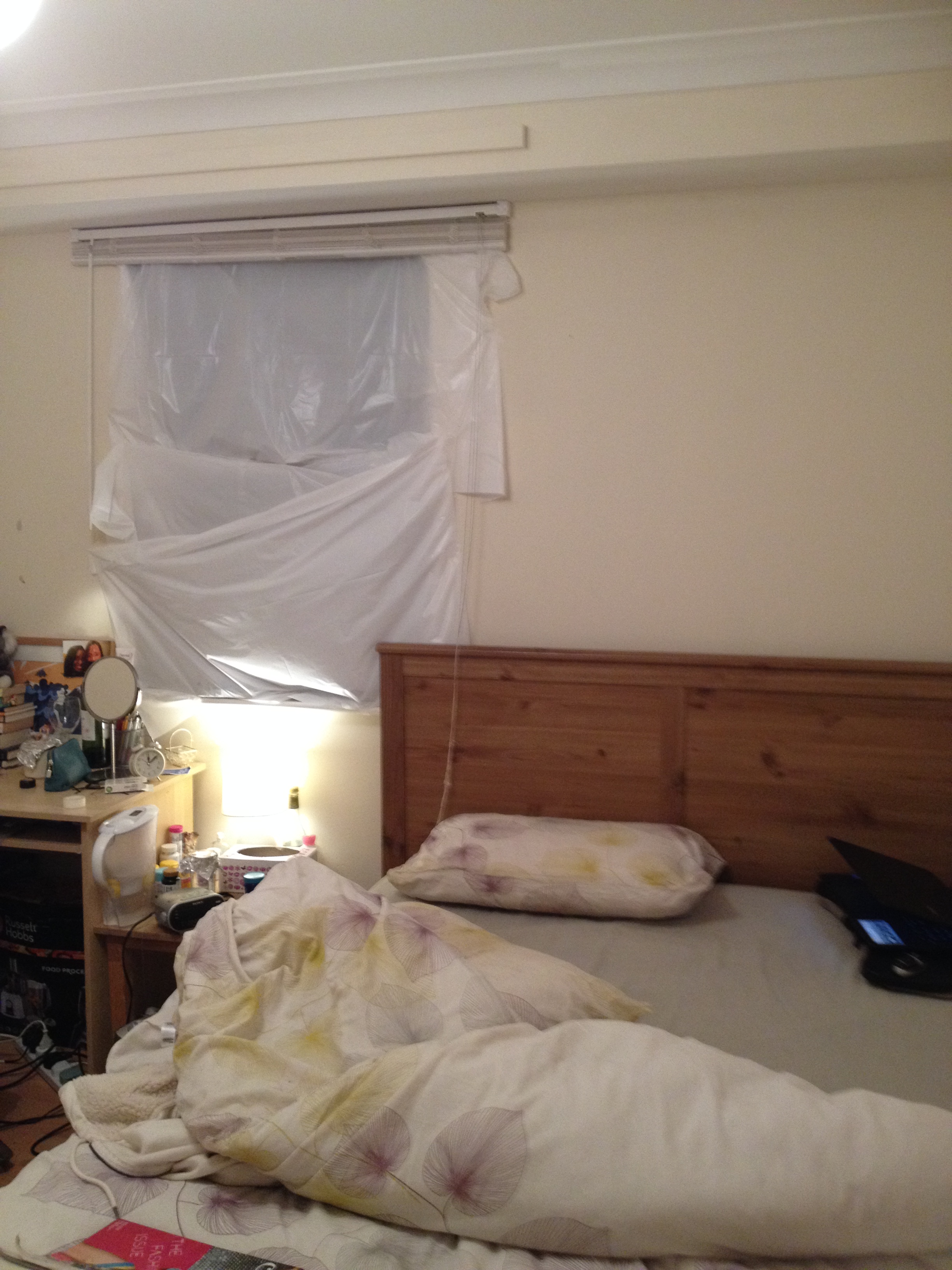 There couldn’t be a worse time to be a renter in London.

Prices are nothing short of extortionate, the conditions are deplorable and the plethora of unethical letting agents finds any little excuse to charge you more or deduct money from the phenomenally high lump sum you pay as your deposit.

If you’re chronically ill, it get can get a whole lot worse. But for you to understand, I have to tell you a little about my status quo.

You may know that I live with a number of ailments, chief of which is fibromyalgia (though it depends on the day and which issue presents itself more prominently) & including depression & anxiety, & complex post-traumatic stress disorder.

If you don’t know about fibromyalgia the only way I can explain it is to think of how you feel when you have a really bad flu, when everything aches and even lifting your arm to comb your hair is exhausting. Yeah, well, that’s half of fibromyalgia, only your symptoms are perpetual. You never wake up refreshed…you don’t sleep well so your body doesn’t get an opportunity to restore itself, so you become more susceptible to getting sick and a bout of anything else can literally knock you over.

I was in a hurry to move house. The lovely photograph above is my current bedroom window. I’ve had to tape a tablecloth against it, because it doesn’t shut properly & the cold wind rages in every night when I’m struggling to sleep.

The problem was exacerbated by the fact that I haven’t had heating in the first two months of moving in. I pay £800.00 every single month (for an en-suite room, yes a room, not even a one bed flat) to an agency that was quick to take my £1080 deposit +£800 rent advance, but slow to respond to my complaints. Ok, I’m actually being polite. They don’t ever reply to emails, answer calls, or return voicemails from me or other tenants. It was only mere days ago that they finally sent someone to install a cheap radiator that barely gives off any heat, after I sent two letters to them in the post.

I’m grateful, but my body isn’t. I have been sick all winter. Every morning, I wake with a sore throat, stuffy nose, and this week, my head is throbbing and chest constantly rattled by coughing.

I can barely hold up this week. I don’t know too many people with fibromyalgia who work. But I’ve managed it by taking extreme care, overhauling my diet and pushing my body to the limit. Fighting off an actual headcold, sinusitis or whatever it is plaguing me this week, because of the cold draft hitting my head every night, isn’t helping. I am so weak, exhaustion levels and pain exacerbated, head thumping, and cognitive impairments increased.

The norm for renting in London

But apparently spineless letting agents and homes in disrepair …all normal nowadays, for renting in London. Yet on top of this, I am told when I leave, £100 will be deducted from my deposit to pay for a clerk to inspect my room.

I also know someone paying a little less than me, with a bathroom full of more mould than Tesco’s blue cheese.

At my former abode, when I lived in sheer terror of two abusive girls, I was evicted after the police warned my then inept lettings agency to do something about it. Even the police were shocked & apologetic but said their hands were tied as it was a civil matter.

My health had deteriorated and my anxiety was through the roof – I ended up in hospital twice from the effects all the stress was having on my health. The first time it flared my gastritis and I couldn’t digest my food. The other time my pain levels shot up and my anxiety escalated to such frightening levels. The intensity and frequency of my night terrors increased. In my three and a half years there I paid almost £25k in rent excluding the £1410 in deposit, advance and of course, ‘admin’ fees. Yet, I went through two full winters without any heating. After all my suffering, the agency had the right to evict a vulnerable person for standing up for their rights. And being a foreigner who was jobless at the time, I was facing homelessness.

But again, this is the ‘normal’ of renting in London. Because we need housing and landlords and agencies have what we need. So we have to take whatever poo they dish out to us.

When unscrupulous landlords and letting agencies get away

Who ensures that letting agencies and landlords are compliant with the laws? Try complaining to Trading Standards and you’ll find there’s no direct means of getting onto them. You’ll have to go through the elusive Citizens’ Advice Bureau to get a complaint to Trading Standards (and if you don’t have a landline, prepare for a monstrous phone bill from calling their premium number). The Ombudsman’s Office can’t investigate if the letting agency or landlord isn’t registered with a redress scheme (as was the case when I asked for my former landlord to be looked into). So there, they can get away with murder, and they do.

Shelter rightly points out that the typical renter pays over £40.000 in a five year period, almost enough for a deposit on a house!

Shelter’s chief executive Campbell Robb says “Our drastic shortage of affordable homes is leaving millions of people stuck in their childhood bedrooms in a bid to save money, or in expensive and unstable private renting with little hope of ever saving for a home to put down roots in.”

If I had a childhood bedroom to return to in this country, I would have. Unfortunately I don’t, being a foreigner. So rent it is. I’m uncertain about the announced initiatives in Cameron’s housing and planning bill, now being debated. Shelter says it could potentially worsen the crisis.

But what could be worse than this? It’s scary to think about. For the chronically ill, renting can be more than just a battle for shelter over one’s head. It is also a constant fight to safeguard one’s health.

In other news, my fridge still isn’t working (it hasn’t been since I moved in January) and my food keeps going off.

Click here to join Shelter’s campaign to “show politicians how bad renting can be for many of us.”